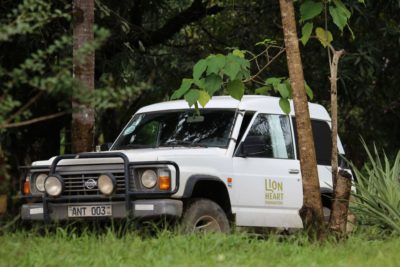 In West Africa, bordered by Guinea, Liberia, and the Atlantic, lies the beautiful Sierra Leone, or as the locals call it affectionately; "Sweet Salone." Although it was once one of the most promising countries in Africa, after several violent events, the country is dangling down different rankings in terms of life expectancy (52 year), income, maternal and child mortality, and malnutrition.

Discovered in 1461 by the Portuguese, in the following years the country was mainly used as a supplier of slaves and diamonds. In 1961 the country gained independence, after which the prospects were promising. Unfortunately, things went differently, and after several coups, a bloody civil war broke out in 1991. After several coups and bloody regimes by the Revolutionary United Front (RUF) and the Armed Forces Revolutionary Council (AFRC), a peace treaty was concluded in 1999 and UN forces were stationed in the country. Three years later, in January 2002, the RUF finally put down its weapons.

During the civil war, various systems, such as health care and education, stopped. Many people who were of school age during the war did not receive any training. While the country picked up after the war, a big set-back came when the land was disrupted by the Ebola from 2014 to 2016.

Despite all these setbacks, the population of the country remains positive; the people are friendly, hospitable, and praise the fact that they now live in a 'peaceful country'.

Sierra Leone is a republic, with a president at the head. The president is the head of state, the head of government and the commander-in-chief of the army. The president can serve a maximum of two terms of 5 years. The current president, Julius Maada Bio, was sworn in on 4 April 2018. 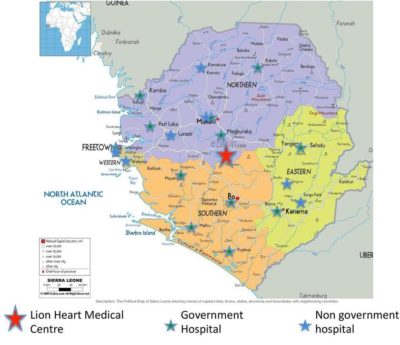 The population of Sierra Leone consists of different tribes, the largest of which are the Temne and the Mendeh. There are also several smaller strains. Every tribe has its own language; the most widely spoken languages ​​are Temne, Mende, and Krio (Creole). The official language of the country is English, but a large part of the population does not speak this.

In Sierra Leone, Muslims and Christians live together peacefully; the northern tribes tend towards Islam, the southern tribes more towards Christianity. There is a cross-marriage, which helps to keep it peaceful. In addition, all indigenous population groups have animism. (Explain, says the author of the handwritten comments)

In economic terms, Sierra Leone is having a hard time; it dangles at the bottom of the ranking of the world's poorest countries. There is a lot of unemployment, and the majority of the population lives below the poverty line. The country is rich in diamonds, but the export is in the hands of large companies, so the local population unfortunately sees little of it. In addition to diamonds, cocoa and the mineral rutile are also exported.

Help us make our hospital independent. That can be done in different ways. For example, you can make a one-off donation, authorize us to make a monthly donation or help us in kind. You can read all about it on our pages to donate en help out.